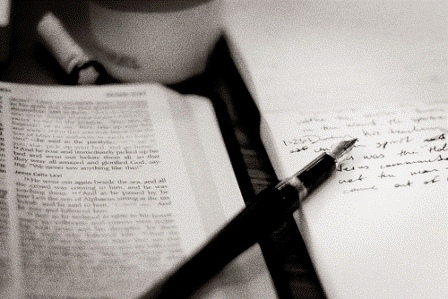 The “ten plagues” in Exodus is one of the most well-known stories in the Bible. However, the richness of the various layers found when really looking into these supernatural events is often overlooked. I am about to share some things that I found that I have either rarely or never heard from any pulpit in all my years of going to church.

My first observation is regarding the “magicians” of Egypt (Exodus 7:11) that could mimic the first few “signs and wonders” that God allowed Moses and Aaron to perform. These men were not illusionists like David Copperfield or Criss Angel. These men were given legitimate supernatural powers that were counterfeit to the power of God.

Think about the dangers that we face when we attribute a supernatural phenomenon to God only. Satan can also do things that are beyond our understanding. Many of us require “signs” in order to take a leap of faith. Not all signs are from God.

My second observation is the mention of “gods” throughout these passages. Exodus 7:1 begins with God making Moses “a god” to Pharaoh. This is a clue that the Egyptians were used to worshiping a physical being that has transcendent power, not a mere fairy tale or mythological figure. Furthermore, God will “execute judgment against all the gods of Egypt” (Exodus 12:12).

I believe that these gods were real. I believe they were physical beings with supernatural power. I believe that Nimrod and the other “mighty men” of “renown” were socializing with the Egyptians and were worshiped for their power. Once again turning to Alexander Hislop’s The Two Babylons, there is ample evidence that the Egyptian Osiris and Babylonian Nimrod were one and the same.

The plagues themselves were a challenge to the gods by The God. Let’s take them in order.

2. Frogs- Heket is a goddess of fertility who was depicted as a frog or woman with a frog’s head.

4. Flies- This does not have a great Egyptian correlation, but Baal-zebub was the “lord of the flies” and has often been aligned with Satan. There is a good chance that the Egyptians were aware of his existence, though I am not sure by what name.

5. Cattle- Hathor, Amon, and Ra are probably the most well-known cattle gods in Egyptian mythology, and there are even more.

6. Boils- Isis is a healing goddess, yet she could not heal these boils.

7. Hail- Nut is the goddess of the sky, but she could not stop the hail. The addition of fire was God’s way of making sure that no one thought this was a natural disaster.

8. Locusts- Osiris (Nimrod) is god of vegetation and crops. This was his challenge to stop, but he failed. Also note that Exodus 10:14 says that “before them there were no such locusts as they, neither after them shall be such.” These were supernatural locusts, just like the ones in Revelation 9 that accompany Abaddon (which means destruction), whose name is Apollyon in Greek. Sound like Apollo? Apollo was, of course, Nimrod. Is it a coincidence that Osiris and Apollo are linked together by this one plague? I think not.

9. Darkness- Ra is the most powerful god in Egypt. He is the god of the sun (just like Apollo in Greece and Rome – who is Nimrod). Horus (son of Osiris who is Osiris reborn – just as Nimrod was reborn as his own son) is also associated with the sun. This is another of God’s direct challenges to Nimrod, and the Babylonian was found wanting.

10. Death of the firstborn- Anubis, god of the dead, and Osiris, giver of life and god of the underworld, could not stop this plague. Both Anubis and Osiris can be traced as Nimrod. Pharaoh, worshiped as a god, was powerless.

So there we have it. God Almighty challenged and defeated a number of Egyptian gods and goddesses to show himself the ultimate authority.

I have some additional observations that I just had to look into.

First of all, the angel sent to kill the firstborn was called “the destroyer” (Exodus 12:23). Abaddon (see above) means “place of destruction” in Hebrew and Apollyon means “the destroyer” in Greek. Thus, Apollyon who would be revealed as Antichrist may very well be the Angel of Death that swept over Egypt.

Revelation 6:8 says, “And I looked, and behold a pale horse: and his name that sat on him was Death, and Hell followed with him. And power was given unto them over the fourth part of the earth, to kill with sword, and with hunger, and with death, and with the beasts of the earth.”

I believe there is ample evidence that Nimrod is one of the “men of renown” who were half-fallen angel/half-human hybrid beings worshiped as a god in many cultures around the globe. He has many names including Apollo, Osiris, Apollyon, Abaddon, the man of sin and son of perdition (II Thess. 2:3), Judas Iscariot (son of perdition John 17:12), and Antichrist.

This “angel” or whatever creature Nimrod was could also have been the Angel of Death (Apollyon – the destroyer) here in Exodus 12.

Finally, to end on a more positive note, the “Passover lamb” that was sacrificed is clearly an allusion to Jesus Christ. The lamb was spotless, that is, blameless; innocent. It was male. It was killed. The placement of the blood on the sides of the doorpost and above are a perfect mirror of Christ’s wounds. Notice the command to “strike it” (the blood) on the posts (Exodus 12:7), denoting violence rather than a calm, smooth placement. It was not to be “sodden at all with water (verse 9)” just as Christ refused water at the crucifixion. The remains were roasted with fire, just as Christ took our sins to Hell. After all this, God’s judgement will “pass over” the homes that are marked with blood, just as we are covered in and saved by the blood of Jesus Christ.

The book of Exodus is a record of events than pre-date Christ by over 1,400 years. The odds of this scene being reproduced so accurately this far in advance are infinitesimal. It is impossible, but it happened.