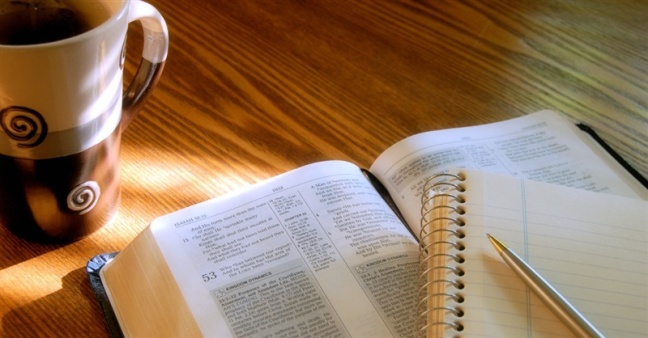 As they march toward Canaan, the Israelites begin defeating army after army. Since they can’t go through Edom (Num. 20:18), they go around (Num. 21:4). Once again, they murmur against God. This is the tenth time that they whined about their situation, this time focusing on the quality of the free food they have been receiving.

We do this. We are blessed with so many things that we don’t have to work for, but those blessings are not quite what we want, therefore, we complain; at least I know that I do.

As a punishment, God sends “fiery serpents among the people, and they bit the people; and much people of Israel died” (Num. 21:6). What follows is a perfect picture of Christian salvation written 1500 years before Christ died on the cross.

These serpents are killing people. Those who want to avoid death admit their sin (v. 7) and ask that the LORD take their sins away. “Moses made a serpent of brass, and put it upon a pole, and it came to pass, that if a serpent had bitten any man, when he beheld the serpent of brass, he lived” (v. 9).

The fiery serpents represent sin. The brass serpent represents Christ. He took the shape of the serpent, because he had to become sin in order to save us from our sins (2 Cor. 5:21). The brass serpent was placed on a pole, just as Christ was hung upon the cross. The Israelites had to look on the brass serpent to be saved, just as we gentiles need only to look upon Christ and accept his sacrifice to be saved.

Have you rested your eyes on Jesus Christ?

The Israelites who survived this encounter moved forward on their journey, continuing to conquer. They were so devastating that nation of Moab “was sore afraid of the people, because they were many” (Num. 22:3). Their king, Balak, asked his priest, Balaam, to speak to God on their behalf and get instruction.

God told Balaam three things in Numbers 22:12, 1) “thou shalt not go with them,” meaning that Balaam was not to go with the army; 2) “thou shalt not curse the people,” leave the Israelites alone; and 3) “they are blessed,” which is exactly why they should be left alone.

Balaam only relayed only one of these messages to his king; that he should not go with the army.

This is a picture of modern leaders in the Church. God gave us his Words in English in the King James Bible that we have used for 400 years. His entire message is in there. The Church has abandoned this perfect book for versions that are missing words. They contain part of the message, but not the whole thing.

Our Christian “scholars” (I use that term very loosely) and pastors are at the forefront of this abomination. “Scholars” believe that they are smart enough to correct God’s Word, and our pastors believe we are too stupid to understand it.

This concept is reiterated after Balaam’s donkey begins to literally speak to him once the “angel of the LORD” (who is Christ) confronts them on the road. “The angel of the LORD said unto Balaam, Go with the men: but only the WORD THAT I SHALL SPEAK UNTO THEE [my emphasis], that thou shalt speak” (Num. 22:35).

Our pastors who do not speak the entire perfect Word of God to their congregations are not obeying God’s command and are doing us a disservice.

This chapter ends by giving us a picture of the “Satanic Trinity” (Num. 22:41). The imitation of God the Father here is Baal (who is Nimrod and represents Satan), the fake Messiah is king Balak (Antichrist), and Balaam is an imitation of the Holy Spirit (the False Prophet).

Notice again that the false prophet, Balaam, is the one who perverts the Word of God. Thus, those “Christian” leaders who today use corrupt versions of God’s Word are false prophets. “Beware of false prophets, which come to you in sheep’s clothing, but inwardly they are ravening wolves” (Matt. 7:15).