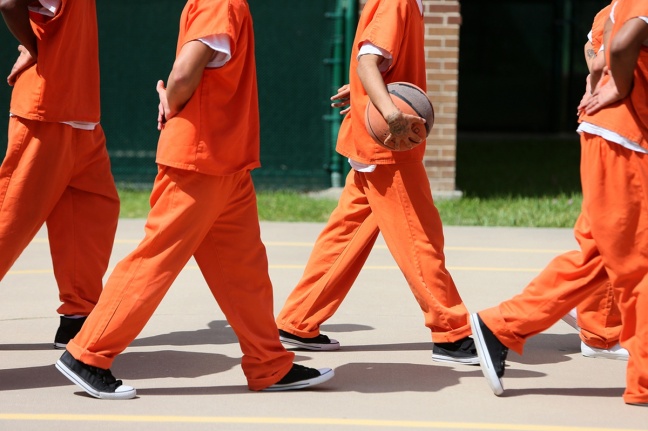 Prior to the institution of the Ohio Reform School in 1857, male juvenile offenders were sent to adult penitentiaries. The ORS housed boys between 8 and 18 years old. It adopted the cottage style “open system” rather than a large structure to house inmates. Boys entered the ORS with a number of “demerits” that were based on the nature of their crimes. Bad behavior led to additional demerits, but good behavior led to the loss of demerits. Once a boy reached zero demerits, they were freed and returned to their families (Ohio History Central n.d.).

By 1992, the Ohio juvenile prison system was breaking down. The state had 11 facilities with the capacity to house 1,400 inmates. However, there were nearly 2,500 boys held in these institutions. Nine counties instituted a pilot program in 1993 to curb the rising problems within the system. They began to funnel non-violent offenders into community based programs with mental health services, family counseling, and substance abuse treatment, rather than youth prisons (Shaffer 2015).

The immediate results were clear. The number of inmates dropped 40% in the first year, the daily cost per offender in youth prisons was around $550, but community-based programs cost only $200. Recidivism rates were cut in half, and 85% of the courts in the system approved of the reforms. Although a marked improvement, Ohio juvenile corrections facilities suffered from many of the same problems that most institutions do.

In 2010, the Children’s Defense Fund, in conjunction with the Annie E. Casey Foundation – the organization most famously connected with the uber-successful “Missouri Model” – released a report on the state of juvenile institutions in the state of Ohio. The Missouri Model promotes keeping youths in smaller facilities rather than gigantic institutions. They focus on treatment over incarceration. They promote group therapy over isolation. The staff promotes positive interaction over abuse and intimidation. They encourage education, family involvement, and stay with youths after they are released.

The Ohio Department of Youth Services (ODYS) faced a federal lawsuit filed in 2004 that was finally settled in 2008, over its unconstitutional treatment of inmates. There were complaints about increased violence and abuse coming from both guards and other inmates. In one incident, inmates were being transferred in a face down position from one facility to another (Prison Legal News 2015). Other accusations involved isolation, and racial bias in mental health treatment.

By 2012, the ODYS filed a motion to terminate a stipulation requiring court-ordered monitoring of the system. The court agreed that no more, or at least, very few unconstitutional actions were taking place within the ODYS, and monitoring ended (Prison Legal News 2015).

In 2014, the ODYS settled another lawsuit brought by the U.S. Justice Department over the unlawful seclusion of inmates. As part of the settlement, ODYS agreed to reduce and eventually end seclusion of youths and increase the availability of mental health treatments to better determine the root causes of behavior that led to such a punishment (Department of Justice 2014).

A 2016 lawsuit was filed by Disability Rights Ohio (DRO) against the Multi-County Juvenile Detention Center (MCJDC) in Lancaster, OH for refusing to allow DRO to investigate their facilities with private and confidential access. While given a tour, the MCJDC did not allow DRO to have private conversations with inmates – a confidential discussion that ensures the safety of an inmate who may have concerns about their treatment at the facility. This is a violation of state and federal law (Disability Rights Ohio 2016).

The state of Ohio began instituting a national program of Juvenile Detention Alternatives Initiative (JDAI) in the state’s five largest counties in 2010. Prior to the implementation of JDAI, Ohio’s juvenile incarceration rate was among the top third of all states. Only 33% of juveniles were detained for person-offenses, more than 40% for drug offenses, and 25% for violating probation, status offenses, violating court orders, or other technical offenses (Children’s Defense Fund 2010).

The four core goals of JDAI are to: 1) Eliminate the overuse of secure detention; 2) Minimize failures to appear in court and reduce delinquent behavior; 3) Redirect public finances from building new facilities to creating responsible alternative strategies; and 4) Improve conditions in secure detention facilities.

According to the Children’s Defense Fund (2010), a multi-level approach was proposed for juvenile reforms in Ohio, including:

By 2017, there was a 29% reduction in juvenile admissions across the eight sites that implemented JDAI reforms (Kuhlman 2017), and many other sites were closed. The institution of Community Intervention Centers have been implemented in Cleveland and Dayton, and the state plans to hire more guards and train them in de-escalation techniques (Shaffer 2017). Unfortunately, there is a severe lack of statewide data on the successes (or lack thereof) of JDAI reforms in Ohio’s juvenile facilities. However, one of the five initial reform sites in Franklin County “experienced a 90% success rate at their evening reporting center for youth at high risk for reoffending, with not one participant being readmitted to their Reception Center with a new charge” (Children’s Defense Fund 2015). If we extrapolate these results to the other sites, that is an amazing positive development in Ohio’s juvenile justice system.

The facilities run by the ODYS have instituted reforms over the same period as well. The daily population has fallen dramatically in the ODYS, many facilities have closed, and an increase in behavioral and mental health treatment programs. However, recidivism rates are all over the place – they are up and down depending on the length of stay and age of the inmate. Regardless, they are nowhere near as low as rates in the JDAI facilities (Children’s Defense Fund 2015).

Ohio is a state that is desperately trying to reform its facilities. The long-lasting ODYS has been essentially court-ordered to reform its institutions. Meanwhile, JDAI reforms have been implemented in many other facilities. This is a positive development in both cases, but the JDAI results are outpacing that of ODYS. As mentioned earlier, statewide data from JDAI in Ohio is lacking. However, given the results that we do know from Ohio counties and similar results from other states that have implemented the Missouri Model, we can assume that statewide data would yield similar outcomes.

Closing facilities, eliminating huge detention centers, treating inmates like human beings, focusing on education, lowering recidivism rates, and helping released youths to reintegrate back into society after leaving a facility have made Missouri the most successful state for juvenile reforms in the country. Their results outpace all other states. JDAI in Ohio appears to be delivering similar results. Therefore, I believe that the Missouri Model based JDAI reforms should be the new standard for juvenile reforms in not just Ohio, but in all states.