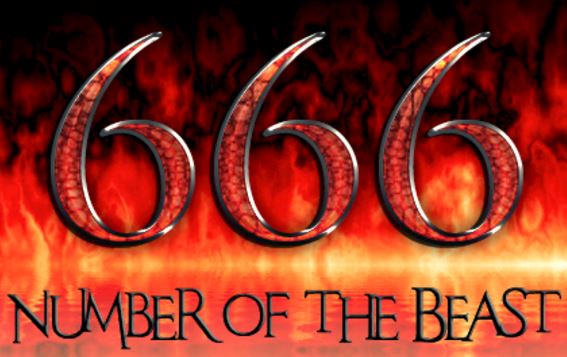 Revelation 13:16-17 reads, “And he causeth all, both small and great, rich and poor, free and bond, to receive a mark in their right hand, or in their foreheads:

17 And that no man might buy or sell, save he that had the mark, or the name of the beast, or the number of his name.”

This is a description of the infamous “one-world currency” that is often referred to when discussing the End Times.

It is otherwise known as “the Mark of the Beast.”

WHAT IS THE MARK?

The verses above make it pretty clear that there will be a mark in the right hand or foreheads of those left behind after the Rapture of the Church that allows for buying and selling of goods and services.

For decades now, Christians have postulated that there would be some type of computer chip or scannable bar code implanted in or permanently tattooed on someone’s forehead or right hand during the Tribulation.

Advances in technology over the course of my lifetime have inched us toward such a possibility. We are more digitally connected thanks our mobile phones and social media, nanotechnology – the study and/or manipulation of very small particles – is being used for vaccines, and radio-frequency-identification (RFID) microchips are already being discussed as a necessity for the future of medical records and tracking.

Some Christians release an audible *gasp* with each new step toward anything that could pass as the Mark of the Beast. Anything that can be implanted for the purpose of commerce is met with skepticism and End Times murmuring.

WE HAVE SEEN THIS BEFORE

During the Great Depression, Franklin Delano Roosevelt instituted the National Recovery Administration (NRA). In order for a business to be considered in compliance, they had to post the image of a blue eagle in their store windows.

The NRA chose “winners and losers” during a difficult economic situation. They allows some businesses to skirt antitrust laws and other regulations. The NRA was touted as a means for economic recovery, fair wages (including minimum wages and maximum hours), and for unionized labor to gain power. However, it was eventually ruled unconstitutional though many of its policies were adopted in future legislation.

FDR used an economic collapse as an excuse to reshape the country in ways that would have been unfathomable before.

The same thing is happening now.

The U.S. economy was roaring down the highway at 60MPH and decided to throw the shifter into park.

We are in the midst of a global pandemic and experts are predicting another recession, if not depression. Congress is passing massive 2 trillion dollar stimulus packages and the Federal Reserve is buying up treasury bonds and preparing to print money.

It is abundantly clear that nation is suffering from COVID-19, even if the virus has not infected everyone yet.

The government, as it did about a century ago, is in full swing with overreaching “emergency” powers trickling down into police departments.

The reshaping of the country – and the world – is in full swing with these draconian lockdown orders and dangerous fiscal policies.

Private industries are also taking part, and it seems that they have been working on this for years.

THE MARK OF THE BEAST: IS IT HERE?

I would like to draw your attention to ID2020.

This is a growing movement of unbelievably powerful technology companies that are advocating for the need of a “digital identity,” with Bill Gates at the helm. ID2020 seeks to register the 1.1 billion or so people who do not have a digital identity – online banking, social media, personal identification, passports, etc.

This is presented in a positive light as represented in this TEDx talk by Dakota Gruener:

If you watched the video, you might have noticed the mention of Aadhaar – a government issued card for Indian residents that contains their identification and banking information.

There are problems with the program mentioned by both Gruener and this video:

What ID2020 seeks to do is digitize the information and store it in such a way that privacy concerns no longer matter. Rather than keeping all sorts of documentation in filing cabinets, and risking loss or destruction of those documents, ID2020 wants to consolidate all that information into one digital location.

And apparently this has been in the works for years. The implementation of the digital identity system was designed to be used during a global tragedy – specifically a pandemic:

At the end of this last video, the man briefly mentioned MiPasa.

MiPasa is a brand new entity with ties to the WHO, CDC, IBM, and several other major companies and countries.

They are using cryptocurrency blockchain and data “clouds” to monitor and track COVID-19 data around the world.

This is a merging of technology, medical, and financial industries.

These videos were not produced by Christians discussing the Mark of the Beast, but unbelievers who have more sense than many “Christians” today.

They see something nefarious, but they struggle to identify the source of their unease.

We are most certainly living in an era that will change the earth forever.

A group of wealthy, powerful, technology genius planned on changing the economy and implementing digital identities during a pandemic prior to our current pandemic that will certainly disrupt the global economy.

That cannot be a coincidence. Whether man-made of God’s design, COVID-19 has moved the entire world into a place I did not think possible in such a short time.

THIS COULD BE IT

This is not a secret or a conspiracy theory. These are mainstream ideas put forward by one of the world’s most famous billionaire tech geniuses and is based on the government policies of one of the largest countries on the planet.

Dakota Gruener and ID2020 are advocating for a biometric mark used to confirm the unique digital identity for every human on earth. This mark will contain personal identification and banking information used for buying and selling goods and services.

President Trump’s trusted COVID-19 advisor, Dr. Fauci is now advocating for a “Coronavirus Immunity Card” that will identify those who have antibodies making them essentially immune from the virus.

These cards are gaining traction in Europe as well.

If ID2020 (or something like it) was being prepped for a pandemic for the last few years, here we are.

The way the world has completely capitulated to every other outrageous demand from governments, how strongly do you believe they would fight against a microchip containing digital identity rather than carrying a driver’s license, bank cards, health insurance cards, and now immunity cards?

I do not believe they will.

If this is not the beginning of the End Times, then we should learn some lessons from this pandemic.

If this is not the end, we should be reminded that the end is in sight.

Are you ready? Will you be left behind to endure the coming Tribulation? If you are unsure, talk to a Christian friend, family member, or pastor.

You can also read about salvation here.

Do not tarry, for the Lord may tarry no more.