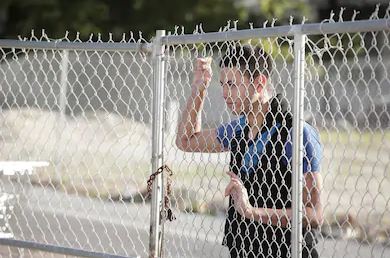 There is an interesting trend in Christianity that far too many preachers refuse to acknowledge – liberal churches are producing agnostics and future generations will not saved at all.

According to sociological research conducted by Roger Finke and Rodney Stark (The Churching of America, 2005), church strength can be gauged using three propositions: 1) The stricter the organization, the stronger; 2) when an organization loses strictness, it loses strength; 3) weakened strictness deteriorates into leniency, which leads to social weakness. It is more difficult to maintain strictness than leniency.

THE CYCLE OF SECULARIZATION

Stark and Finke also list a series of propositions in their book, Acts of Faith (2000), in which they identify “high tension” churches as those that require more intense dedication. These would be strict, conservative churches. “low tension,” or liberal, churches require less dedication. The “tension” described is not only tension by strictness, but increased tension with the culture outside of the church.

These researchers show that those who are unchurched are drawn to high tension churches. The reason for this is because they want a church experience unlike a worldly experience. They want to wear suits, sing hymns, and read from a King James Bible.

However, once they become saved, they no longer want such high tension. After all, high tension comes with social, financial, and psychological costs. It is difficult to remain strict.

So these Christians either begin to liberalize their churches or leave for a liberal church. Mega churches are filled with those who no longer wish to remain so committed.

From the liberal church comes a falling away from Christianity all together. This is the trajectory of most Mainline Protestant denominations that began liberalizing about 200 years ago and are becoming increasingly obsolete.

Christianity in America has never been weaker than it is right now, because more and more churches are liberalizing.

This cycle of unchurched–>high tension–>low tension–>unchurched plays out over and over again leading to a permanent secularization of our country.

This cycle is all too real for me. I was raised in a good, Christian home and attended a high tension church – the Akron Baptist Temple. It was one of the first mega churches, before ever liberalizing. However, the founding pastor, Dr. Dallas Billington, passed away soon after I was born. I sat under his son, Charles, but the church was still pretty strong. However, when Charles’ son, also named Dallas, took over the reigns, the church began to really decrease tension. By the time I got married, the church was led by Ed Holland and 15 years later, no longer exists.

I grew up in a strong, high tension church that went liberal. I found myself unchurched for many years. I was in the cycle.

I found another good, high tension church. Southern Hills Baptist Church in Las Vegas was a vibrant, growing, hymn singing, King James preaching church when I started there. It grew from 400 to about 1000 people in the five years I attended. It was an incredible experience. Many people were very dedicated and passionate.

However, they too began to compromise and liberalize. They now almost exclusively sing praise and worship music, they have abandoned the KJV, and are more like a corporate mega church than the old-fashioned Baptist church that drew my initial interest.

Aware of the dangers of liberalizing, I left the church for high tension churches, and have never looked back. I do not want to fulfill the cycle, and I want my family to remain strong.

I recently wrote a letter to my Baptist brothers in which I advocated for an end to insults and name calling. I intentionally left the names of those involved out, because I did not want to put my thumb on the scale.

However, I have spent the past couple of weeks really praying and thinking about something that has been on my heart, and I believe that exposing some information that I withheld is important.

I listen to several podcasts and subscribe to a half dozen YouTube channels run by preachers and missionaries. One name continually popped up in these discussions among pastors – Josh Teis.

Josh is the pastor of Southern Hills Baptist Church and I consider(ed) him a friend. We disagreed on several things, and we had extensive conversations about my concerns before I left Southern Hills.

He has since become somewhat of a movement leader within Baptist circles. The people I listen to come from high tension churches, and they have very few good things to say about Josh. I heard Dwight Smith and Spencer Smith mention him on YouTube. I read a blog series from Tom Brennan about Josh.

I was shocked to hear them refer to him as an apostate – someone who is falling away from the church (in this case, Baptist theology). I know the guy, and I never thought of him that way. Sure, I disagree with him, but an apostate? Come on.

This is the reason I wrote the aforementioned letter to Baptists. I wanted to see a reconciliation and an end to the name calling.

I reached out to Josh and we had a good conversation. I reminded him that I would not let his name be drug through the mud if I could help it. He was quite friendly, and the tenor of the conversation was as if we were still hanging out on a regular basis.

Afterward, I sent him a message via Facebook and his response has really bothered me ever since. I cannot keep silent anymore, and I hope anyone still reading can appreciate the spirit with which I am disclosing this.

THE RESPONSE THAT SHOOK ME

I mentioned that I wanted to defend him from accusations of apostasy. Josh thanked me, and said

[H]onestly, the folks from which I’d have to be defended are inconsequential was to me. An analogy would help here. When someone escapes from the FLDS they aren’t concerned that someone back at the compound is defending their name. No matter how much you and I like each other personally, they will only see me as an apostate and I will only ever see that belief system as a cult. I’ve moved away from that world and am happy for it. I will continue to rescue people from that mindset. It’s naive for me to think that the leadership within that world and those still stuck in that mindset would see me as anything other than what I am. Your intent is noble, but the goal unattainable.

I have read this statement over and over again. It is abundantly clear that the conservative, high-tension churches that I love and that work so hard to remain strong are viewed as a “cult” by Josh Teis.

In fact, he compared me to “someone back at the compound” who is defending his name against the other cultists. I want to give him the benefit of the doubt here and say that he does not believe traditional Baptists to be equal with the FLDS (a Mormon cult that practices polygamy whose leader, Warren Jeffs, is currently sitting in prison).

The very fact that he sees my friends, family, and fellow church members as a cult is very disturbing. What bothers me more is that he views himself as a savior (not THE Savior) who “will continue to rescue people” from the mindset that ladies should wear dresses and men suits, that Christian rock (also, “praise and worship” music) is not rooted in Christianity, and that the King James Bible is the only inspired word of God in the English language.

Whether their intentions are good or not, they are moving thousands of Christians toward the end of the empirically verified cycle of secularization. By actively pulling people from high tension Christianity, he is harming them – he is weakening fellow soldiers of God.

Imagine going into boot camp with a drill Sergent who believes he is helping the troops by relieving them of the strict responsibilities put upon them by another unit.

We are all in the Lord’s army, and I want my fellow soldiers to be the strongest they can be when waging spiritual warfare.

Again, with the benefit of the doubt, I do not believe his desire is to pull people away from God. However, research shows that he is – and he does so believing that he is “rescuing” them.

Research shows that Josh is pulling people from strong Christianity to weak Christianity that will result in future generations of weak or non-Christian children.

This is secularization in action, and my former pastor is playing an active role. I pray for Southern Hills Baptist Church (though I was told by assistant pastor, Fred Murray that they drop the “Baptist” when talking to unbelievers) several times throughout the week.

I pray for those great members who remain loyal to Josh despite his liberalization. I pray that Josh, Fred, and other leaders of their “movement” come to understand that we are supposed to be on the same team. I pray that they and those they influence would return to their high tension roots and leave the world behind.

I am not trying to rescue anyone from anything save secularization and eternal damnation. Unfortunately, by increasing secularization, we are increasing the number of those who will likely end up in the Lake of Fire.

It is not too late. Please, come back.