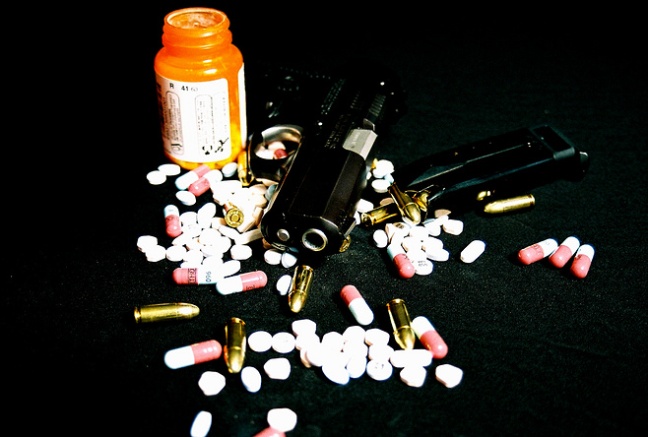 On Valentine’s Day a 19-year-old kid marched into his old high school and opened fire on students who walked out of their classrooms when the killer pulled a fire alarm just before the end of the school day. Reports have come out giving us some insight on his life. The media (both mainstream and social) is focusing on guns and mental illness. Here is why I believe they are looking at the wrong thing.

In Emile Durkheim’s seminal work, Suicide, he looked at death records from several countries in Europe. He found that there are essentially four types of suicide: 1) Egotistic – when someone experiences a lack of social integration or are isolated (widows, hermits, victims of bullying); 2) Anomic – lack of moral regulation or a sudden change in life where the “new normal” feels overwhelming. There is a sense of “normlessness” where all of the social norms we abide by change and the new rules are difficult to grasp (losing a job or loved one; moving to a new country); 3) Fatalistic – overwhelming oppression and hopelessness (prisoners, terminally ill); 4) Altruistic – for the greater good (soldiers, firemen, suicide bombers).
Durkheim found that suicide is not a psychological phenomenon, but a social one. Changes in one’s social integration is a greater indicator of violence against oneself than any psychological condition.

Now, let’s apply this theory to what we know about the Valentine’s Day shooter.

It seems to me that this is a social recipe for a disaster. Rather than turning the weapon on himself, he turned it on others. Regardless, he follows a similar pattern to other mass murders, serial killers, and the suicidal. Reports are that the Vegas shooter, Steven Paddock, lost a lot of money before his rampage and was socially isolated from almost everyone except his roommate/girlfriend. The Columbine shooters were socially isolated and bullied. The same goes for the Aurora shooter, the Virginia Tech shooter, and almost all other mass murderers over the last 20 years.

I truly believe that we need to stop thinking of these events as psychological anomalies. There is something wrong with the SOCIAL fabric of the nation right now.

We have been in perpetual war since 2001. We just experienced a major economic recession. Social media and online video games are keeping kids from face-to-face interactions. We are the most medicated society in history. Our social and demographic categories are being constantly challenged and redefined. Religion is becoming less and less of an effective institution. Our electorate is becoming more and more divided.

Basically, we are in a national state of anomic normlessness that is leading to increasing social isolation. As our institutions continue to crumble, so does our ability to maintain solidarity. Without social solidarity and stability, we feel hopeless. We feel socially suicidal.

Some of us develop depression. Some of us do kill ourselves. Some are committing mass murder. The signs and symptoms are all there.

Since Suicide was published in 1897, data continues to back up Durkheim’s theory. I truly believe that we are experiencing social suicide that is beginning to manifest in social homicide.

These shooters are not “mentally ill”, they are socially constructed monsters. No laws can stop the inevitable destruction brought about by social unrest. Medicating the problem like we medicate our citizenry will not solve the problem.