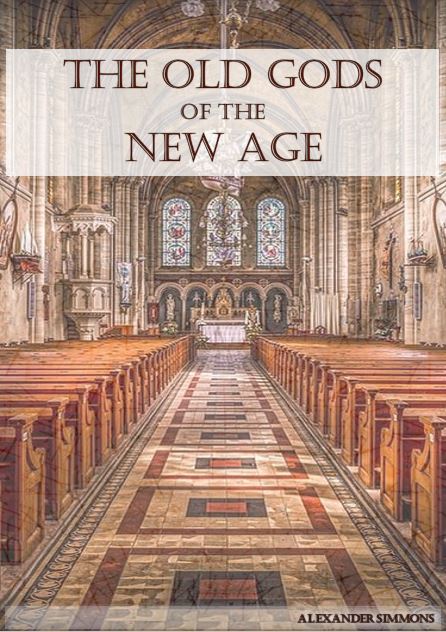 I Wrote a Book.

It has been a difficult and arduous process, but I completed a goal that I have had for several years. All throughout my time in graduate school, I wrote paper after paper on a range of religious topics from the supernatural to capitalism. I never published any of my work, so I compiled it together, smoothed out the edges, added some personal interest stories, and wrote a book.

There are dozens – possibly hundreds – of articles and books on writing books. They all attempt to differentiate themselves with clever phrasing and an appeals to your desire to publish and make money. “Marketing” is the word of the day, but is that why someone writes a book?

We often look at popular bands who tailor their music for popular culture as “sell outs,” especially if their sound changed over their tenure. Prime examples are Metallica and Green Day who made it big with an edgy style and devolved into radio friendly tunes. Other bands, like Radiohead, sold out before being popular and earned a license to produce any kind of music they wanted.

During my nearly two decades of playing music professionally, my bands were always focused on the art, rather than success. Of course, we did consider what was popular, but we tried to be at the forefront of a trend than a copycat version. We experimented with different tones, song structures, tunings, and time signatures. I have recorded over 70 music tracks that you likely have never heard, but I have kept my artistic integrity. I have never sold out.

The struggle over selling out is real. In the end, I cannot bring myself to write like everyone else because I am not like anyone else. The reason I am not more financially successful is because I am a natural contrarian. Going against the grain is my status quo.

More importantly, as I get older, my principles become more engrained into my very being. At nearly 40 years old, my Christianity has become the primary focus of everything I do. True, Bible-believing Christianity is becoming a relic, and it breaks my heart. So I wrote a Bible based book. I am completely buying in to the idea that Christianity is on life support and needs a jolt of electricity.

The book I wrote is potentially dangerous. It is dangerous to those who believe that Catholic and Charismatic churches are biblical – they are not. It is dangerous because those are the largest (Catholic) and fastest growing (Charismatic) sects in “Christianity.” How many people would be willing to buy a book from a guy who challenges the assumptions of over one BILLION people who claim to be Christians?

However, those who are interested in gaining a better understanding of the wicked roots from which these two sects have grown would enjoy my work.

Those who want an alternative voice who uses history and Scripture to make solid, Bible-based arguments about the dangers of allowing these sects to infiltrate and change Christianity into something unbiblical might be interested in what I have to say.

Someone who is tired of the avalanche of self-help Christianity and prosperity gospel literature might want to check out my work.

If you are one who is interested in my research, wants to support my work, or just feels sorry for me – The Old Gods of the New Age is available on Amazon.com in both paperback and Kindle format.

I hope you respect that I refuse to sell out. I refuse to be silent in the face of massive social scorn over true Christian beliefs. I will not allow the world system to attack The Bible and my fellow brothers and sisters in Christ without a fight.

I would love to go to battle with you. Please, considering buying and reading my new book so we can get on the same page of this spiritual warfare.