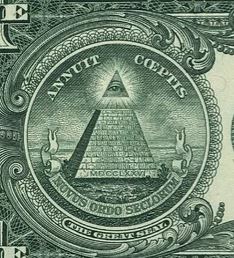 Baa, baa, black sheep, have you any wool?

You need to wake up, sheep! You’re just following the media narrative, sheep! And black? Like black helicopters, blacklists, black ops, and little black boxes. Bill Gates rides in a black car to his meetings with the shadow government.

Wool? That must be some sort of code for government pedophiles ordering children from a trafficker. Black sheep is a sex trafficker!

So wake up, sheep! You’re part of the system now!

Three? That’s the number of buildings that were targeted by George W Bush and his oil tycoon friends! Oil is also black. It’s called “black gold” because it’s dirty money.

Bags? Like the ones the CIA puts over your head when you question the globalist system! The CIA killed JFK in black car.

One for the master,

And one for the dame,

Dame? Like Notre Dame! The Jesuits were the military arm of the Catholic Church and are black bagging independent thinkers, man!

One for the little boy

Because globalists are sex trafficking pedophiles! The Clintons killed Epstein because Bill was a frequent traveler to Lolita Island!

Who lives down the lane

Stay in your lane! Drive safe! We wouldn’t want you to switch lanes, sheep!

The Clintons are working with the Jesuits to undermine the American economy using black op military tactics to disrupt oil production so they can oust the President and insert one of their Rothschild funded Manchurian Candidates into the White House. The last guy to overthrow the shadow government was JFK, who was murdered in broad daylight to spook anyone who would consider upending their unquenchable thirst for power!

This is how the fractured conspiracy theorist mind works. Random disjointed information – often completely unverifiable – assembled in a way to produce a fantastical story that blends elements of truth with many false assumptions.

They then perpetuate this new “reality” as if it is some sort of new truth that you would never learn by watching the media.

If you confront the conspiracy theorist, they almost immediately call you a “sheep” and tell you to “wake up.”

They know more than you do, because you are too afraid or lazy to find out the “truth.”

They will present an obscure video or article from a fringe source. When you present anything from any source considered to be reputable by most people – the CDC, New York Times, Snopes, Fox News, peer reviewed journals, FBI crime reports, etc. – they will explain how whichever source you go for is under the thumb of globalist power brokers.

You can no longer use Google, because Google, Disney, Apple, and Facebook are working in unison to socially engineer the way you think.

Basically, they have some sort of special information that makes them special. When you challenge the validity of their sources, you’re just an uninformed sheep that can be ignored.

It’s a pretty great place to be in, when you think about it. The theorist can never be wrong, because counterfactual information cannot be trusted. You are just stupid or thickheaded.

Jurgen Habermas (who is not a postmodernist) wrote of a “legitimation crisis” that occurs when trust in our institutions breaks down.

Ironically, postmodern theories focus on the breaking down or fragmentation of social categories – and even reality.

This is clearly happening right now. Where can you turn when you cannot trust politicians, schools, news media, tv shows, documentaries, religious leaders, friends, and family?

The Christian SHOULD turn to the Bible.

This is where I have a major problem. Christians are supposed to “do all to the glory of God” (1 Corinthians 10:31).

I might be labeled a “conspiracy theorist” for discussing Bill Gates and the Mark of the Beast. The goal of which was to use VERIFIABLE information to demonstrate that the technology for such a mark exists already.

Some of these new theories involve Bill Gates and creating the Coronavirus in order to sell his vaccine to the world. I have even heard that he is responsible for killing prominent figures who stand in the way of his quest for world domination. Some of the information is unverifiable, but the most important question is – how does this glorify God?

Telling people that McDonald’s uses human meat (which has been easily debunked) does not glorify God.

Spending hours and hours a day researching the relationship between JFK, George HW Bush, the Rothschilds (this is almost always an indicator that there is no evidence for the claim being made), Rockefellers, Bill Gates, cannibalism and COVID-19 instead of reading about how to better serve Jesus Christ is a waste of time and energy.

Research is a good thing. Obsessing over unproven (and unprovable) “facts” is not helpful for anyone.

And it certainly does not benefit Jesus Christ or your unsaved loved ones.

There is a pretty easy way to debunk a conspiracy theory – whether the theorist chooses to believe it or not is of no consequence. Just fracturing the façade is a worthwhile endeavor.

Just ask them to take the theory to its logical conclusion.

Oh, so you’re telling me that George W Bush was behind 9/11? Okay. Let’s say you are correct. What now?

What are you going to do, stage a revolution? Overthrow the ultra powerful shadow government that topples world leaders and destroys empires? With what? How would you survive when this shadow government gets word of any uprising that draws enough attention to be successful. Would they not squash you before you get too much power? Can they not annihilate entire nations? If you do pull off a coup, then what? Establish some sort of new, perfect, incorruptible government that would never succumb to corruption for all eternity?

Good luck with that.

I think that’s Jesus’ job (according to the book of Revelation), but I’m just a sheep.

More importantly, in this master plan – how does it glorify God?

ALL FOR HIS GLORY

If you cannot war game the end of the conspiracy theory, you need to leave it alone and glorify God.

If you cannot answer criticism with anything other than calling someone a “sheep,” wake up and glorify God.

If you can no longer trust sources to confirm or disconfirm information being presented, turn to the Bible and forget the rest of the nonsense.

I am tired of working to stop the spread of misinformation, and my heart shatters when I see it coming from otherwise good, Christian folks.

2 Thessalonians tells us that in the last days, “God shall send them a great delusion, that they shall believe a lie.”

I know you all mean well, but you are believing lies (or at least unverifiable “truths”). A healthy amount of skepticism is healthy, but you are losing your balance.

If you no longer trust mainstream sources, you should probably apply that same skepticism to these new ones. Find those nuggets of truth – actual truth.

Most of all, remember that we are fighting a spiritual battle, not against flesh and blood. The Clintons, Rockerfellers, Gates, and Rothshchilds of the world are not our enemies.

The Devil is. He is working overtime to divide us during this pandemic, and making extreme allegations while calling doubters “sheep” is divisive.

Be sober. Be vigilant. Be wise. Study the Word.